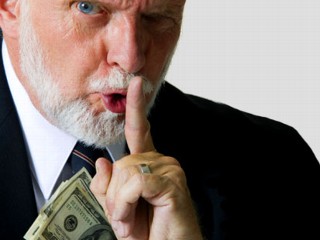 What happens if, after the divorce is final, a party discovers that the other party failed to disclose certain assets in the divorce proceedings?

The recent case of In re Ford out of the Texarkana Court of Appeals is instructive in this situation. In Ford, the parties had been married for 31 years and separated for 3 years. Two months after the divorce was final, the Wife filed a new lawsuit complaining that Husband failed to disclose certain retirement income received while the divorce was pending. Wife sought division of the undisclosed income. Husband testified that the money was spent on community expenses during the divorce, including support of the Wife. Wife failed to show the existence of the money at the time of divorce. The trial court denied Wife’s request because she failed to show that the income existed at the time of divorce.

A suit to divide undivided property after divorce is governed by Texas Family Code sections 9.201 and 9.203. The only assets divisible upon divorce are those in existence at that time. Assets that have been disposed of at a time prior to the divorce are not divisible unless a spouse is found to have committed fraud is the disposition of the assets and the marital estate is "reconstituted" to fictionally include the disposed assets. Thus, it is critical to a suit to divide undivided assets post-divorce to prove that the assets were in existence at the time of divorce.

The Texarkana Court of Appeals in Ford found that the Wife made allegations about the receipt of money by Husband, but she failed to carry her proof forward to the final step in the analysis — where was the money at the time of the divorce? She could have shown the existence of the money by tracing it to an undisclosed account that existed at the time of divorce, for that matter, undisclosed cash in the mattress. Because Wife failed to show the required proof, the Texarkana Court of Appeals affirmed the trial court’s denial of Wife’s lawsuit.

Most of the time in divorce lawsuits the parties exchange sworn inventories which detail each party’s position under oath regarding the existence and value of the marital assets, including each person’s position as to the characterization of the asset as community property or separate property. The point of preparing these sworn inventories is to have proof of the assets being divided in the divorce. This would also be a good starting point in looking at the viability of a case for undisclosed assets post-divorce. Was the asset listed in the party’s inventory during the divorce?

The second place to look in evaluating a post-divorce claim for undivided assets would be in the divorce decree entered by the Judge. Are there general division provisions contained in the decree? It is common to use general language for the award of money on hand, bank accounts, retirement accounts, and even bonuses not yet received, such that a party is awarded "the accounts in his or her name". This type of general language can block a lawsuit for post-divorce division of assets.

A third consideration in looking at a post-divorce division of undisclosed assets is to look at the discovery that was completed during the divorce. Was a request for production sent seeking copies of all documents pertaining to the assets? If one was sent, did the opposing party respond fully to the request? If not, did the party seeking discovery seek enforcement remedies from the divorce judge to compel the document production? If the party failed to exhaust all available discovery options, it could cause waiver of the post-divorce suit claiming undisclosed assets. If the assets could have been discovered through diligence but the party complaining about the failure of disclosure did not exercise such diligence, then the post-divorce suit is waived.

Overall, it is very difficult to maintain a suit for post-divorce division of undisclosed assets and the Ford case is one example illustrating the difficulties.