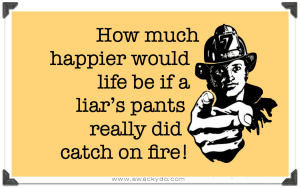 Oftentimes, people going through a custody dispute want to have psychological evaluations to show the judge "who is lying" to the court about some issue or another. Conversely, some people going through psychological evaluations in a custody case become concerned that the other person will "lie" to the evaluator through charm or outright deception and sway the results of the evaluation.

Dr. John Zervopolous, a noted consultant in the Dallas, Texas area on psychological issues in custody cases, discussed this concern in the June issue of the Section Report newsletter of the State Bar of Texas Family Law Section. He points out that child custody litigants who undergo psychological evaluations approach court-ordered evaluations in characteristic ways: they are defensive, or self-protective; they gloss over, if not deny, problems; and they often cast their soon-to-be or ex-spouses in a negative light. "When parents view litigation as a high stakes, win-lose gamble, they conform their behaviors towards that end," Dr. Zervopolous notes.

Sometimes what one parent thinks is a "lie" by the other parent is simply the other parent’s perspective of the "truth". In other words, each parent may see a situation very differently and have differing perspectives on what is true or untrue. But, he says, psychologists do not have fool-proof abilities to discern whether people are telling the truth or deceptively shading the truth or outright lying.

No psychological test—even the MMPI-2 and its validity scales—reliably detects lies. Instead, adequately designed validity scales incorporated into tests may broadly reflect the examinee’s “response style” or approach to test questions. Further, the evaluation’s context may affect the examinee’s test response style. For instance, examinees answer test questions as parents in child custody suits, as plaintiffs in sexual harassment lawsuits, or as criminal defendants. Depending on the context, examinees may try to look too well-adjusted, to exaggerate or make up problems, or to reflect accurately their emotional condition. Determining the examinee’s response style and its meaning are the first steps to accurate test interpretation.

Unfortunately, not all tests contain equally reliable or sensitive response style measures. The MMPI-2’s measures, encompassing several validity scales, are comparatively well-developed and provide useful response style information. Yet much of the research supporting these measures is inconclusive. Further, these measures by themselves may not always accurately reflect the examinee’s true approach to the test questions—for instance, a naïve approach to test questions may be mistaken for trying to look too well-adjusted, or a profile that appears to indicate an examinee’s attempts to feign psychological symptoms may actually reflect a “cry for help.”

Reliable test interpretation cannot begin without first addressing the response style issue. Answers to these questions will help custody litigants better understand how the expert interpreted test results and how those results informed the expert opinion.