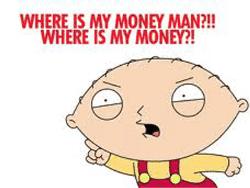 What happens when a spouse contributes or loans separate property to the community estate during marriage, then seeks reimbursement of those contributions/loans at divorce?

Wife appealed, complaining that the trial court erred by imposing the lien against her separate property, and especially against her homestead.

The Dallas Court of Appeals agreed with Wife for two reasons. First, Wife’s separate estate did not benefit from the contributions made by Husband’s separate estate to the community estate so a lien against Wife’s separate estate was improper. Texas Family Code Section 3.406(a) provides that “[o]n dissolution of a marriage, the court may impose an equitable lien on the property of a benefited marital estate to secure a claim for reimbursement against that property by a contributing marital estate.” Thus, the lien was only proper against the community estate which benefited, and not against the Wife’s separate estate. Second, the Texas Constitution prohibits imposing a lien against a homestead except under certain, limited circumstances. This situation failed to come within the exceptions and so the lien was constitutionally prohibited. Thus, the only lien permissible here was the lien imposed against Wife’s portion of the community estate.