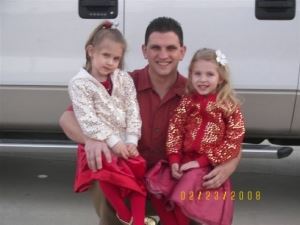 It was May 29, 2008, a day I will never forget. I was representing Royce Sigler in his divorce action and two months prior we had obtained him temporary primary conservatorship of his two daughters, Tanya age 6, and Ksneya age 4. His Wife, Katya, was a Russian citizen and when the children were born here in Texas, she obtained dual citizenship for both girls.

It was always a concern that Katya Sigler would abduct the girls. Prior to and after the temporary orders hearing, Katya threatened to abduct the children if Royce ever tried to obtain custody of them. At multiple hearings, we obtained every kind of injunction against her leaving the area, the state and the country with the children. Royce even had possession of the children’s US and Russian passports and birth certificates.

It was Memorial Day weekend 2008 and it was Katya’s weekend period of possession of the children. When Royce went to pick up the children at the end of the weekend, no one was home at their Mother’s residence. Royce called Katya, her neighbors and mutual friends and no one knew where they were. Memorial Day evening I received a frantic call from Royce that his children were not at their Mother’s home when he went to pick them up.

The next 48 hours seem like a blur. Royce contacted their travel agent and learned that three days prior, Katya had purchased three one-way airline tickets to Sochi, Russia. We were up until all hours of the night contacting the airlines, the US State Department, and the US Embassy in Russia to determine what had happened to the children and how we were going to get them back. Even Katya’s attorney did not know where she was. As the days unfolded, we learned that there was nothing our government could do to have the children returned to the United States. Russia is not a member of the Hague Convention which is an international treaty between multiple nations where countries that are members of this Convention will aid in the return of a child who has been abducted by a parent or family member. Despite the fact that Royce had possession of both the US and Russian passports and the children’s birth certificates, because of the children’s dual citizenship, there was nothing the US government could have done to prevent Katya from obtaining new Russian passports for the children.
Katya had in fact returned to her home of Sochi, Russia and she and the girls were living with Katya’s mother. Katya contacted Royce a few times over the next few months to ask him for money. Each time she spoke with him she refused to let him speak to the children. Katya told him he would never see the girls and if he tried to go to Russia and get them, she would have him arrested. She even alluded to having mafia ties in Sochi.

Five years have passed and Royce has only spoken to his two children for less than 5 minutes. Earlier this month, the United States Embassy contacted Royce to let him know that Katya Sigler had passed away of cancer and under Russian law, he now has custody of the children. He has been given one month to go and get his children or they will be placed in an orphanage. Royce has obtained legal representation in Russia. Katya’s mother is refusing to turn over the girls and is threatening to kidnap them. The girls are now 11 and 9 years old and have not seen their Father in over five years. There is no telling what these children have been told about their Father and there is concern as to whether they will want to return to the United States.

Royce is headed to Russia on July 1, 2013 to retrieve the children. This has been a long road for the Sigler family and there are still many obstacles to overcome. Royce has had to incur costs for a Russian Visa, airline tickets, lodging, legal representation as well as many more unforeseen costs in the future. It has also been recommended that he have an escort in Russia with him at all times as well as a translator.
Royce is hopeful that his children will remember him when he sees them and will recall the love that they shared.

If you would like to follow the Sigler family’s journey, you may do so at Support for the Sigler Sisters – Coming Back Home to America.