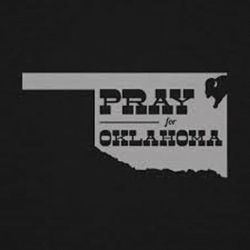 As if tragedy isn’t enough…. Today I read a post on Facebook from a Mom whose son lives with his Dad in Oklahoma. She can’t contact either of them after the tornado and is frantic. I know nothing more about these folks than what I read on Facebook. I’m not friends with her, but merely read a post that was shared through a friend of a friend. But, my heart breaks for her. We put provisions in custody orders that “require” notice to the other parent within certain short amounts of time. We give parents the right to be named as emergency contacts. But nothing that we draft can help the panic of a parent wanting to make sure a child is safe and healthy in a time of tragedy.

This mom commented later in the thread that she couldn’t contact the Dad even through Facebook because he had her blocked. She seemed frantic, as any parent would be. The good outcome is that through Facebook and the magic of social media, the comments thread shows that someone knew the Dad and confirmed that they are ok.

A decent ending, all things considered.

To me, the message to parents in split custody situations should be, whether you like the other parent or not, whether you can stand to talk to them or not, whether they somehow violate boundaries on Facebook or not, every parent should reach out during a tragedy and let the other parent know the child is safe and sound. Think of how you might feel in the same situation. Court orders can require parents to do the right thing, but those documents are an empty consolation when it is actually time to put the right action in to place.