When a new lawsuit is filed, whether it is a divorce in Dallas County, Texas or any other type of suit,

the responding or defending party has a right under the Constitution to be personally service with citation. Also called “service of process”, this means that the party who filed for divorce must request the clerk of the court to issue citation upon the responding party and it must be served by an authorized neutral third party (such as a constable or process server). If a temporary hearing is scheduled, notice of hearing must also be served on the responding party.

But, what happens if the responding party dodges service or for some reason cannot be served easily? Under that scenario, the filing party must file a motion and obtain an order authorizing substituted service. This substituted service must be authorized in a manner that is likely to actually give the responding party notice of the lawsuit. Most often this involves posting the citation on the front door of his or her house. In the day and age of electronic communication, folks are starting to request service by electronic means. Maybe the responding party is travelling but always checks email. The Court might authorize service via email.

One issue that has arisen lately is whether it is permissible to serve someone through social media channels. Zachary Ludens with Carlton Fields Jorden and Burt in Miami Florida wrote a blog post called “Where is the ‘Serve’ Button?” about this topic. Ludens points to some recent federal and state court decisions that have opened the door to service of process via Facebook and LinkedIn messaging. This began as a method of serving foreign individuals under the federal rules of civil procedure, Ludens expects it could expand to cover folks living in the United States.

“Then, in September 2014, a family court in Staten Island, New York, allowed a defendant to be served via Facebook when the traditional methods of service proved inadequate. Determining that the defendant had been actively using her Facebook account, the court concluded that Facebook provided “the best chance of the [defendant] getting actual notice of these proceedings.” Nevertheless, the court also required mailing of service to the defendant’s last known address.”

These cases indicate a willingness among some judges to permit social media service, when coupled with other means of notifying the responding party. This means we are one step away from social media service being the only method of substituted service when personal service isn’t available.

But, what happens if the message via Facebook goes to the person’s “other” inbox. Some don’t know that the “other” inbox exists much less how to access it. What if the person gets a notification from LinkedIn that he or she has a message but doesn’t check it? (I know I don’t check my LinkedIn messages all that often.) Or, what if the person thinks the Twitter pm was a scam or junk and ignores it? This is likely the reason for the secondary method of coupling the social media notice with email. When personal service is not available, other methods of service are imperfect, but should be designed to reasonable give the responding party actual notice of the suit.

How do you know that you served the right person when there are multiple parties registered to the same name and maybe even in the same location when the name is common?

Process servers use all sorts of means to locate a party, including social media resources. But, even process servers are injecting discontent with the idea of service by social media. See “Getting Serious About Service of Process by Social Media” by Stephanie Irvine. That article points to a survey of over 300 process servers that says less than 2% have served documents through social media. One of the main problems as reported by the process servers seems to be getting a verification of receipt.

What do you think about social media service? Is it a good idea? Have you had experience with using it? Let us know! 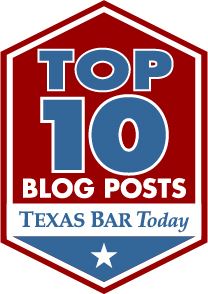