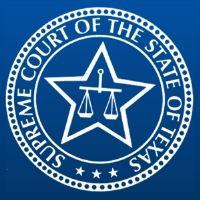 The Texas Supreme Court released its opinion in In re Lee today, upholding mediated settlement agreements in family law cases. The opinion is authored by Justice Debra Lehrmann, formally a trial judge in Tarrant County. In this case, the Father filed for modification of a prior custody order seeking the right to establish the child’s primary residence. He also asked for the Mother’s periods of possession to be supervised. The Father also complained that the Mother’s husband was a registered sex offender. The parties settled their dispute in mediation with Father receiving the primary residence right and Mother receiving certain periods of possession with the child conditioned upon the absence of the Mother’s husband. The mediation agreement contained the standard language that the parties agreed that the settlement was in the child’s best interest and that the agreement was not subject to revocation. The agreement was signed by Father and Mother and both of their attorneys.

Mother filed a petition for writ of mandamus in the Houston Court of Appeals, which upheld the ruling of the trial court. Mother petitioned the Texas Supreme Court for relief.

The Texas Supreme Court holds that the statutory language which makes mediated settlement agreements in family law cases irrevocable and a trial court may not deny a motion to enter judgment on a properly executed mediated agreement. So a trial court will not have grounds to set aside a mediated agreement just because the trial court disagrees with the agreement reached. Justice Lehrmann points to the policy of the State of Texas to encourage parties to reach peaceable resolution of their disputes. The Texas Legislature has made clear that a mediated agreement is not subject to a best interest review by a trial judge in deciding whether or not to approve an entry of a judgment based on such agreement.

Interesting quotes from the opinion: