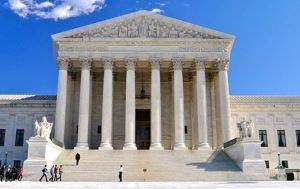 Someone asked me today… if the US Supreme Court challenge to DOMA (federal Defense of Marriage Act) succeeds, will anything change in Texas? The truth is that even if the litigants in US v. Windsor prevail, they have challenged section 3 of DOMA, which prevents the federal government from recognizing a legal same-sex marriage granted by a state that has laws for such. The litigants there did not challenge section 2 of DOMA, which is the section that says that states do not have to recognize same sex marriages from other states. (See the wiki on DOMA here.) Section 2 overrides the US Constitution’s provisions that require each state to give “full faith and credit” to the laws of other states. (See the wiki on Full Faith and Credit Clause here.) In 2003, Texas passed its own version of the Defense of Marriage Act, mirroring the federal version. (See Governor Perry’s site on Texas’ Defense of Marriage Act here.)

So, in the event that the US Supreme Court agrees with the litigants in Windsor, the likely outcome of striking down section 3 of DOMA will only provide federal benefits to same-sex married couples, but will have no effect on each state’s rights to pass their own laws regarding same sex marriages. Until Congress or the US Supreme Court is faced with a challenge to section 2 of DOMA, squarely challenging DOMA’s provisions overriding the US Constitution, same sex couples are stuck with the current situation in Texas. That means that a couple who is married in a state that recognizes same-sex marriage, who then moves to Texas and breaks up, cannot get divorced under Texas laws. That couple faces a decision to move to a state that provides for divorce of same-sex marriages in order to legally dissolve their marriage. Texas provides very little remedies for these couples under the present laws.