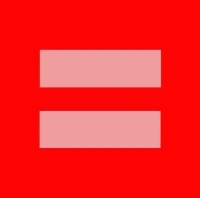 Even in light of last week’s decision in US v. Windsor, ruling parts of the Defense of Marriage Act unconstitutional, many issues still remain in the evolving debate of marriage equality. One which I see almost on a daily basis involves the right or ability of same sex couples who are legally married to break up and divorce. In other words, a couple goes to a state that sanctions same sex marriage and has the ceremony performed, then that couple moves to Texas where they decide to break up. Because Texas has a state-version of DOMA that prohibits recognition of legal same sex marriages in other states, and because section 2 of the federal DOMA does not require Texas to give full faith and credit under the US Constitution to the marriage laws of other states, couples may be left with no remedy. In Texas, we cannot file a divorce for those legally married, same sex couples. If they own property together, we cannot use our state’s marital property division laws to apportion their property. We cannot help a same sex spouse who, through disability or lack of earning capacity, cannot support himself or herself after depending on the other spouse for financial support during the marriage.

Steve Sanders (@stevessanders), of SCOTUSblog, puts it this way in his post Next on the agenda for marriage equality litigators:

“In striking down DOMA’s Section 3, Windsor addressed the problem of “same-sex couples who are married for the purpose of state law but unmarried for the purpose of federal law.” But it did not touch what the Court more than 70 years ago (in the context of divorce) called “the most perplexing and distressing complication[] in the domestic relations of . . . citizens”: the idea that a person could be married in one state and unmarried in another. This is a complication that more than 30 states, backed up by DOMA’s Section 2, still inflict on same-sex couples. Their mini-DOMAs are understood to deny legal recognition to the marriages of same-sex couples who migrate from states where such marriages are perfectly legal; some expressly purport to “void” such marriages. Such laws transform married gays and lesbians into legal strangers, effectively divorcing them against their will by operation of law.

This is a serious problem of both constitutional law and federalism, and it deserves a central place in the landscape of marriage equality litigation going forward. It has been a sleeper issue throughout the marriage equality debate, and I predict it is about to emerge front and center.

More than 114,000 same-sex couples have legally married in the United States, according to UCLA demographer Gary Gates, a number that is growing every week. Extrapolating from census data on Americans’ state-to-state migration, we can assume that several thousand of these couples change states every year for employment, education, family, or personal reasons. Non-recognition laws threaten these couples with serious harm. If two persons who were once married in Iowa or New York are suddenly rendered legal strangers in Indiana or Michigan, their property rights are potentially altered, spouses disinherited, children put at risk, and financial, medical, and personal plans thrown into turmoil. This is an array of problems and indignities that no rational legal system should tolerate.”

Frankly, we have legal chaos for people in these predicaments. Spouses don’t know what to do. Certainly the emotions of a break-up don’t wait around for the law to catch up. Although it is no conciliation prize, there is almost certainly going to be a case move up to the Court in the next year or so that will provide the Court the opportunity to rule on these issues.

Sanders opines on the basis for the arguments that could be used based on Windsor to support striking down section 2 of DOMA, as well as the state-versions of DOMA:

“[A] person who legally marries in her home state, then pulls up stakes and moves to another state, acquires a significant liberty interest under the 14th Amendment’s Due Process Clause in the ongoing existence of her marriage. This liberty interest creates a right of marriage recognition that is conceptually and doctrinally distinguishable from any constitutional ‘right to marry’ in the first instance. It is a neutral principle, grounded in core Due Process Clause values: protection of normative expectations about marital and family privacy (if a state can’t take away your child without due process, how can it take away your spouse?); respect for established legal and social practices (state-to-state marriage recognition is a longstanding default rule); and rejection of the idea that a state can unilaterally sever a legal family relationship without important, proven justifications.

Did the Court today provide any support for my argument? To be sure, Justice Kennedy’s Windsor opinion is solicitous toward the prerogative of states to define marriage for themselves. But his analysis is entirely in the context of vertical federalism: federal law, the Court said, may not ‘injure’ same-sex couples whom a state has seen fit to “protect” with the status of marriage. The key here, I think, is that many of the Court’s rationales for condemning DOMA also implicate horizontal federalism: the obligations states owe one another as coequal sovereigns.

If, as the Court says, it is intolerable to have ‘two contradictory marriage regimes within the same State,’ then why is it more rational to have two contradictory marriage regimes in the same country – especially when the practical effect is to disrupt stability in legal relationships, endanger property and parental rights, and impede same-sex couples’ right to travel and take up residence in a new state? Just like Section 3 of DOMA, these conflicting state regimes ‘place[] same-sex couples in an unstable position of being in a second-tier marriage.’ The Court acknowledges that the ‘incidents, benefits, and obligations of marriage … may vary … from one State to the next.’ But it does not expressly or even implicitly say it makes sense for the very status of marriage to vary from state to state.”

Most of the laws pertaining to the break-up of a marriage are based in state law, not federal. One exception to that will be how to address tax filings. When a state denies the existence of a marriage, yet the couple continues to be married under federal law for purposes of filing income tax, certainly discriminate and chaos ensues.

Some states allow for common-law, first-cousin, or uncle-niece marriages that other states don’t recognize. Yet those couples are permitted to divorce in a state that would not have created that marriage. Section 2 of DOMA simply creates an exception to the longstanding rule of divorcing what you might not have joined together.

Unfortunately, the ruling in Windsor may have, at least temporarily, exacerbated the problems same sex married couples face, not made it better.