O'Neil Wysocki in the Media

Hiring O’Neil Wysocki P.C. to represent you in your divorce or other family law case means that you will be working with a Dallas divorce lawyer who is known for being among the leaders in the Texas legal community. Our attorneys have decades of legal experience and have earned a number of prestigious awards and recognitions based on their unwavering commitment to excellence. Our reputation has additionally led to us being mentioned repeatedly in the local and national news media.

Attorneys Michelle May O'Neil and Michael Wysocki have come to be seen as an authority in the field of family law and have frequently been referred to by reports for everything from handling tough cases to sharing insight on relevant legal matters and even for developing smartphone apps for individuals who are preparing to divorce. Learn more from recent videos, newspaper articles, and other examples of how we have been featured in the media, and then contact us to discuss your own case.

LXBN - LXBN TV- Why the Supreme Court’s Ruling On Same-Sex Marriage is Just the Beginning
7/1/15
Attorney Michelle May O'Neil joins LXBN TV to discuss the implications of the Supreme Court's momentous ruling on gay marriage.

Law360.com - Attorneys Rally Around High Court's Gay Marriage Decision (Text Version)
6/29/15
Today’s decision is one of the biggest decisions of our generation and will have far-reaching effects beyond what we even recognize today.

Texas Lawyer - SCOTUS' Same-Sex Ruling Untangles Legal Remedies in Texas (Text Version)
6/26/15
“This is probably the most significant constitutional opinion of our generation. It extends the right to marry to a class of people that have never had that right,” said Attorney Michelle May O’Neil.

LXBN - Breaking: Supreme Court Rules Same-Sex Marriage Legal in All 50 States
6/26/15
“I think it’s everything that everybody hoped and thought it would be, and the historical significance is going to prove to be bigger than we realize today,” said Attorney Michelle May O’Neil. “This is kind of the constitutional rights decision of our generation.”

A year ago, Michelle May O'Neil shut down her small family law practice to join Dallas' Godwin Lewis with the idea that leaving administrative tasks to a larger downtown law firm would better serve her clients. The suburban clients thought otherwise, she said, so now O'Neil is back out on her own.

If the Supreme Court rules that couples have an equal protection right to marry, that will call into question the constitutionality of several Texas statutes that limit marriage to one man and one woman, Attorney Michelle May O’Neil said.

Fox 4 News – Attorney Talks State’s First Legal Same-Sex Marriage
2/19/15
Attorney Michelle May O’Neil is interviewed by Fox 4 News about the first legal same-sex marriage in Texas and the impact the ruling could have for same-sex couples throughout the state. 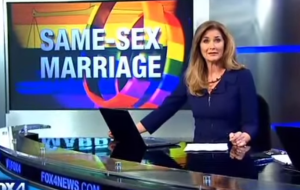 Attorney O’Neil discusses what impact a Texas Probate Judge’s ruling on a same-sex marriage case could have on other gay couples waiting to marry.

Colin O’Keefe of LexBlog selected one of Attorney O’Neil’s blog posts for his “Top 10” list. The blog chosen for this honor discussed the Do’s and Don’ts of Strategy in Asset Divisions.

6/9/10
Attorney Michelle May O’Neil presents the app she helped develop to assist divorcing couples with dividing their assets and debts.

Lunch with Lawyers - Episode 004: Preserve Error And Don’t Get Sued with Michelle May O’Neil

In this episode, Dallas appellate attorney Michelle May O’Neil talked to the TXL4L 2015 audience about preserving error in the trial court. Very often, lawyers in the trial court focus on the skills that get the ruling their client wants, but we often make errors that can cost our clients in the appeals courts. Michelle focuses on the four habits you need to get into to avoid harmful results in the appeals courts.

Legal Talk Network producer Laurence Colletti sits down with 20 blogging lawyers to highlight their blog(s) in 60 seconds or less.

Divorce Apps Featured on CNN
6/9/10
Divorce Cost and Prep, the first iPhone app from Divorceapps.com, was featured on CNN on May 14, 2010. 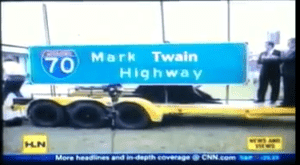 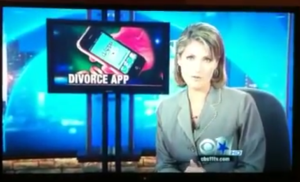 Attorney O’Neil discusses her new book “All About Texas Law and Kids” at the Dallas Kids Expo. 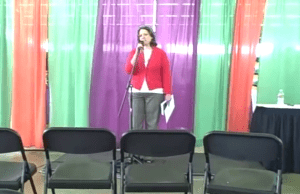 5/3/10
Attorney O’Neil discusses some of the common misconceptions people believe about family law in Texas. 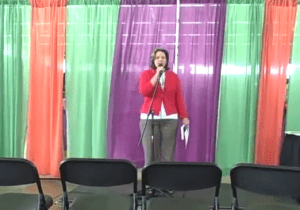